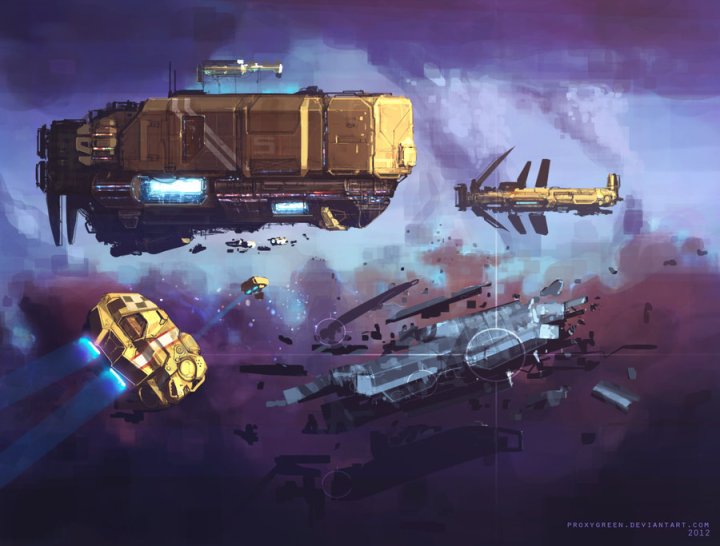 image by proxygreen from deviantart

Now I may be wrong, but as I read through Hunt the Wicked the game is very tilted towards narrative. Throughout the rules the game itself is described in the same capacity as if one were writing a story. “Here’s how you talk about setting…”, “Here’s how you talk about creating individual scenes…”, or “Here’s how you use background in the game itself…”. There’s very little discussion about dice mechanics, or rolling. It definitely comes up, and is a significant part of the game, but even as I read through the rules, I can’t help but wonder if even some the dice-rolling could be eschewed in favor of narrative.

The reason I specify this is that Hunt the Wicked appears to geared toward dramatic confrontation. Rather than push the game towards combat, the impression I have is that trying to sort through complicated moral problems is a major part of the game. One of the things I found myself wondering as I read the rule-book is, “what would happen if one of the other Player Characters in the group was the quarry of another Player Character? It an interesting question to me, because combat is resolved in more or less the same way as determining if a play suffers temporary psychological problems.

Its different to be able to write in these kinds of issues into a game so easily, and while it a perfect idea in the game, it offers quick, and unique ideas for game play.

This is a text widget, which allows you to add text or HTML to your sidebar. You can use them to display text, links, images, HTML, or a combination of these. Edit them in the Widget section of the Customizer.

Like what you’ve seen? Come look at what’s been said in the past here in the museum.